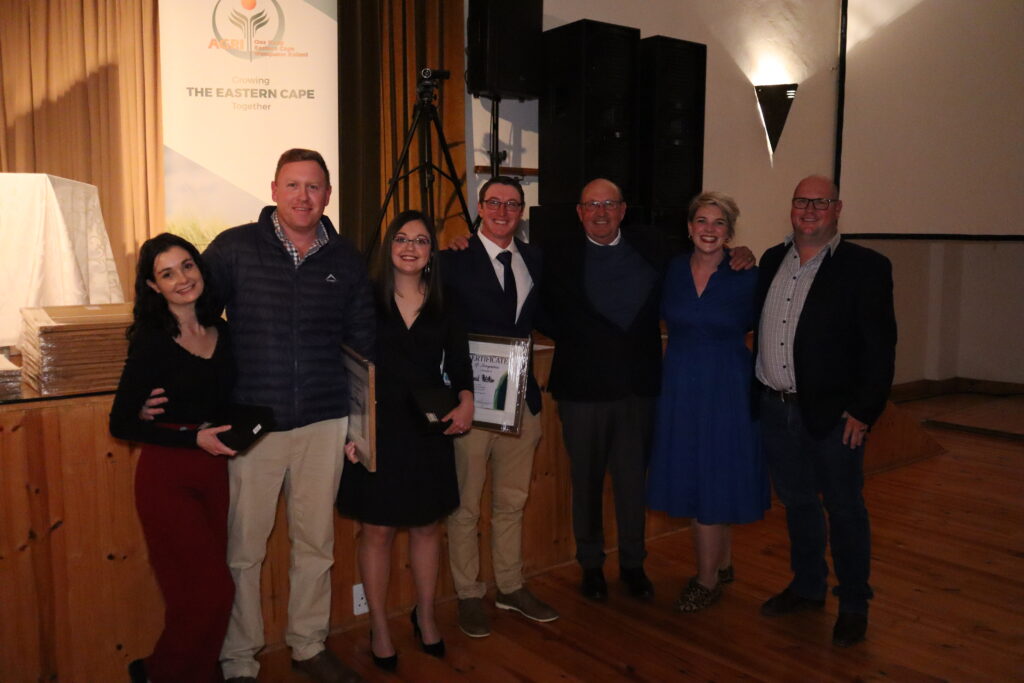 The 3 Eastern Cape finalists for the 2022 edition of the Toyota Young Farmer Competition attended the Annual Agri Eastern Cape Congress held at Mentors Country Estate in Jeffrey's Bay and were praised as dynamic young farmers who are paving the way for future young farmers in our Province and Country.

Agri Eastern Cape President, Peter Cloete, remarked at the level of competition this year, and how difficult it was to select a winner for the Eastern Cape as all three young farmers are running impressive operations in their respective areas.

Mr Ricky Pillay, from Toyota South Africa then addressed the three finalists before announcing the winner for the Eastern Cape. Mr Pillay noted how important this competition was to Toyota South Africa and the commitment of Toyota to the Agricultural Sector across the country.

Mr Pillay then announced the winner for the Eastern Cape who will represent the Province in the national Young Farmer Competition.

We are proud to announce that the winner of this year's Toyota Young Farmer Competition is Morne Fitzhenry! Morne is a Merino sheep farmer from Aberdeen.

After receiving his award, Morne gave an emotional acceptance speech that touched the hearts of all those present at the dinner.

Morne lost his father at a young age and had to pick up the reigns and run the farming operation without a mentor and teacher present to lay the foundation. After completing his studies, he relied heavily on his community in the Aberdeen Agricultural Association to give him guidance on how to effectively run his farming operation. This was a powerful point to make and shows the essence of what it is to be a farmer and member of Agri Eastern Cape.

"Most of what I know about farming I learned from the Community... It was the farmers in the area who helped me."

Morne Fitzhenry - During his acceptance speech

It is heart-warming to know that when a young and upcoming farmer calls for help the leaders of his community are willing to step in and offer to lend a helping hand to ensure the development and growth of the future generations of farmers.

Morne has also been faced with other challenges in developing his agricultural operation. Morne farms in the Aberdeen district which is an area that has been hard hit by drought in previous years. Morne was not only able to survive the drought but actually managed to grow his operation by building smaller lambing camps and intensifying his lambing process in order to give himself a competitive edge in the market.

Congratulations Morne and all the best for the National Competition ahead of you, we know you will represent the Eastern Cape well.

Mr Eben du Plessis, Deputy President of Agri Eastern Cape, also noted that he was particularly pleased with all three participants ingenuity and ability to adapt to the hardships experienced by farmers in today's agricultural environment.

"There is currently a great deal of pessimism in South Africa, but all three of these Young Farmers demonstrated an optimistic attitude about the future of agriculture in this country and are building long term plans for the future."

Agri Eastern Cape is extremely proud of all three participants and look forward to watching the growth of David, Dries, and Morne over the years to come.