End in sight for the sewerage issue in Cradock 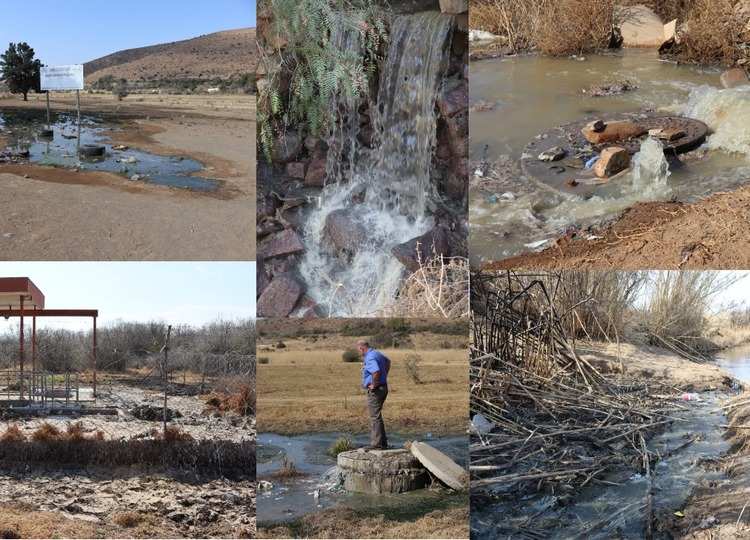 The above process was instituted after Agri EC's members reported that raw sewage was flowing into the Fish River at Cradock, which would inevitably impact agricultural activities downstream. Following the failure of the CHDM and the Department of Water and Sanitation to urgently engage with Agri EC, a site inspection was performed by Agri EC's staff members. The staff members confirmed that at more than six sites, direct sewage spills were flowing into the Fish River. Furthermore, five pump stations and the wastewater treatment works were dysfunctional.

Sewage leaked from almost every manhole along the sewerage system. Most of these manholes had sewage gushing from them, creating flowing streams that led to the Fish River. The burial site of the famous ‘Cradock Four’ was under a lake of sewage and people in Lingelihle, Michausdal and Cradock were being forced to live with streams of sewage flowing past their front doors.

The entire system was so dysfunctional that there was a constantly flowing “waterfall” of sewage at the bottom of Church Street. Toilet paper and sanitary material littered the areas of sewage overflow, including the Michausdal pump station. (Refer to pictures).

In light of the seriousness of the situation, Agri EC approached the Grahamstown High Court on the 3rd of September 2021 to urgently enroll the matter.

The CHDM initially opposed the relief sought by Agri EC, but later adopted a co-operative approach, which resulted in today’s innovative Order being granted. In terms of this Order, the CHDM shall, by no later than 16h00 on 2 November 2021, serve and file a comprehensive report, on affidavit, detailing the following:

- The present state and functioning of the Cradock Wastewater Treatment Works and the sewerage system and infrastructure related thereto (hereinafter referred to as “the CWWTW sewerage reticulation system”).

- What steps the First and Second Respondents are and/or will be taking to perform maintenance to, repairs to and/or upgrading of the CWWTW sewerage reticulation system so as to render it compliant with all relevant legislation and to ensure that all current sewage and/or wastewater leaks and/or spills emanating from the CWWTW sewerage reticulation system are rectified and that such any leaks and/or spills are prevented from occurring in future.

- The timeframes envisioned in respect of each step relevant to achieving the results set out above.

- That Agri EC shall, by no later than 16h00 on 19 November 2021, serve and file a responding report, on affidavit, commenting on the report filed by the CHDM.

- That, for purposes of preparing Agri EC’s responding report, an expert appointed by Agri EC shall have access to the CWWTW sewerage reticulation system so as to perform inspections thereof, on 3,4,10 and/or 11 November 2021.

- The CHDM was ordered to pay costs of the application to-date.

It is clear from the timelines outlined that this matter is now being dealt with as a matter of urgency and Agri EC is hopeful that by the 25th of November 2021, the Court will order that the appropriate action plan be implemented after considering the reports filed by the parties.

For more information on the matter please contact Megan Maritz from the Agri Eastern Cape Office:
041 363 1890 or megan.maritz@agriec.co.za

Previous NewsAnnouncement by President Cyril Ramaphosa on amendment to schedule two of the electricity regulation act
Next NewsPositive outcome in an illegal hunting case, but Agri EC expresses its disappointment with sentences given