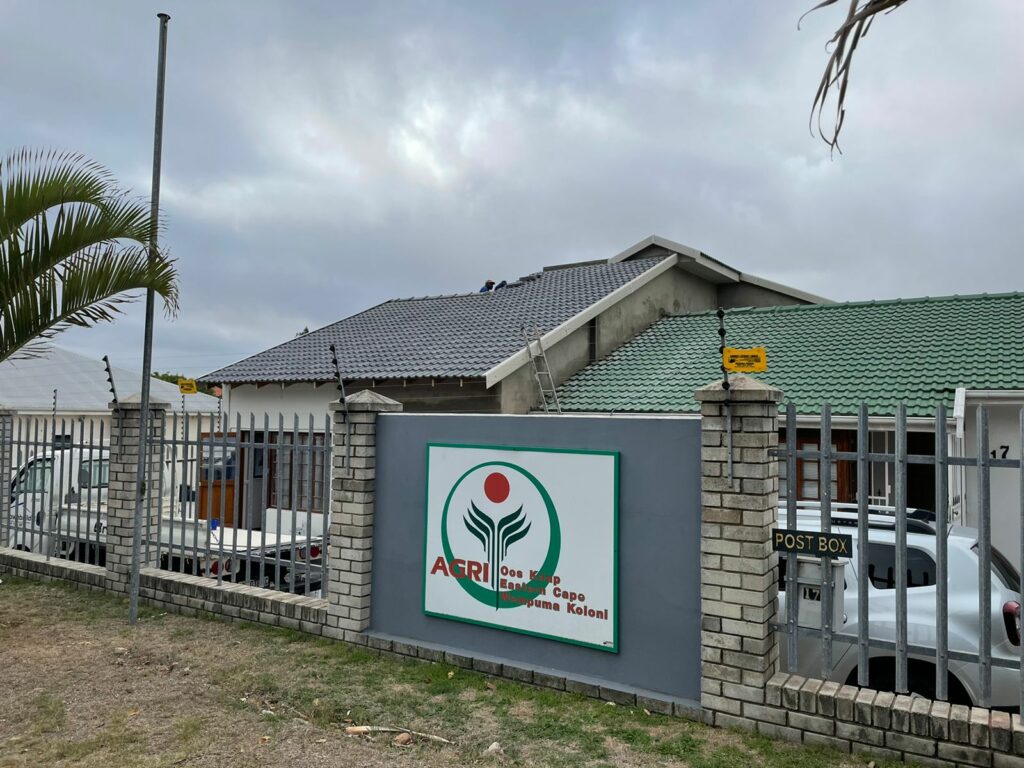 On Tuesday the 17th of May 2022 Agri Eastern Cape officially opened the new section of the Head Quarters building located at 17 Mangold Street, Gqeberha (Port Elizabeth).

At the Virtual Congress hosted in 2021 approval was granted by Congress for the Agri Eastern Cape CEO, Brent McNamara to begin a building improvement project with the purpose of upgrading the facilities of the Agri Eastern Cape Head Quarters. The purpose of this project was to improve the facility, make room for the additional staff members being brought on board, as well as to build and run the 24/7 Provincial Coordination Centre.

McNamara quickly sprung into action and over the next 6 months the project unfolded under the watchful eye of the CEO.

Improvements were made to reception area at Agri Eastern Cape allowing for growth in the staff complement over the years to come. A state of the art boardroom facility was also included in the building project. This allows for additional meeting facilities at Agri Eastern Cape for the day to day business meetings being held at the Agri EC HQ but also catered for the modern era as virtual meetings and events become more common place in the corporate world.

This building improvement project was initiated by Mr Doug Stern, who completed his tenure as Agri Eastern Cape President in 2021, and it was only fitting that the building was officially opened by Mr Stern on Tuesday the 17th of May.

The Current President of Agri Eastern Cape, Mr Peter Cloete, Thanked all the previous presidents and special guests for attending the official opening and for their contributions over the years which made this project possible.

After the formalities were completed the guests enjoyed a wonderful evening filled with drinks and snacks and the retelling of fond memories and funny stories experienced over the years in Organised Agriculture.

Agri EC Response to Urgent Meeting with the South African Police Service Regarding the Protest Action in Kirkwood: