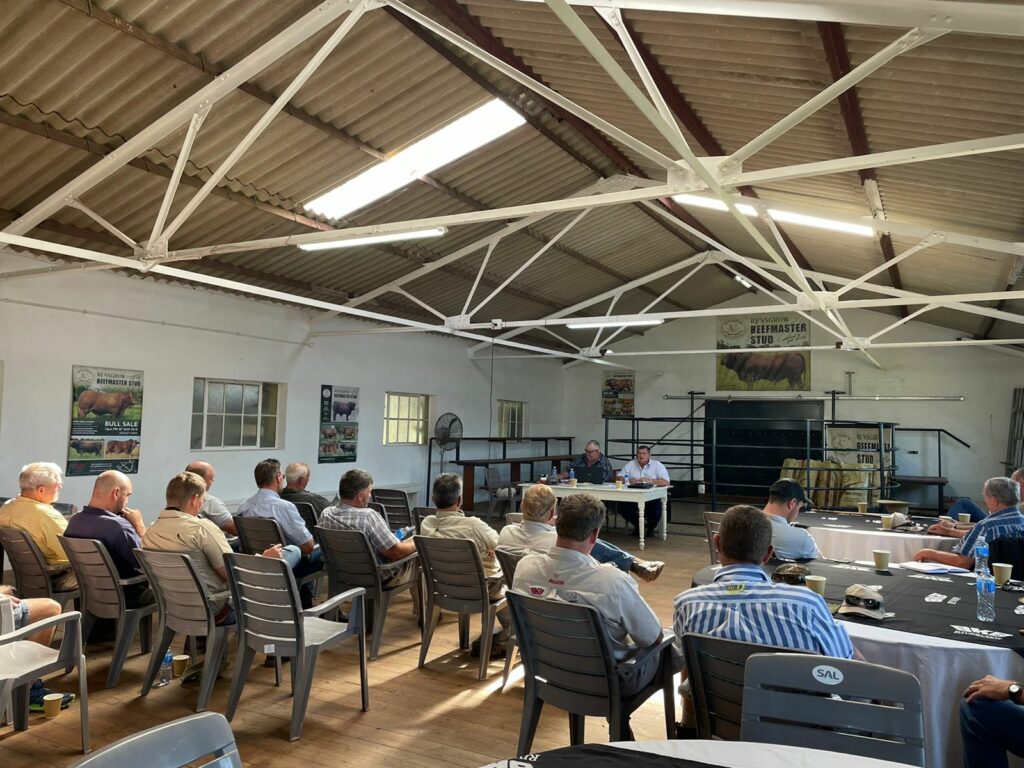 On Wednesday the 11th of May Agri Eastern Cape attended the Komga Farmers Association Meeting held just outside the town of Komga. this meeting was also attended by a number of representatives from neighbouring associations such as Bolo and Kei Road.

Agri Eastern Cape was given the opportunity to present the current projects the organisation has been working.

Trade and Economics Manager Günther Pretorius presented the current standings on the Gravel Roads improvement project and encouraged the members of the farmers associations to communicate with the Agri Eastern Cape office through a dedicated Telegram number on the roads that are in most need of repair in the area.

Rural Safety Manager for Agri Eastern Cape, Jason Kümm, was then also given the opportunity to present the current standing on the CCTV Project run by Agri Eastern Cape and how the Komga Farmers Association CCTV Cameras will tie into the greater solution on a provincial level.

Mr Kümm also briefed the members present on the full offering of the Agri Eastern Cape Provincial Coordination Centre, and how this service is available to all members of Agri Eastern Cape in any emergency situation.

As Agri Eastern Cape, we would like to thank Komga Farmers Association, their Chairman, Mr Coert Jordaan, and the members for hosting us at this event, and for all the positive interaction between the members and the representatives of Agri EC.

We look forward to returning to the area in October for the Komga Agricultural Show which is set to take place from 6 to 8 October 2022. For more information on the show, please visit their Facebook page: https://www.facebook.com/komgashowec/

Previous NewsAgri EC Response to Urgent Meeting with the South African Police Service Regarding the Protest Action in Kirkwood:
Next NewsAgri Eastern Cape Officially Opens the Office Building After Renovations and Extensions