Agri Eastern Cape is calling on the South African Police Service to increase forces in the Kirkwood area and to conduct arrests of illegal protestors with immediate effect.

Agri Eastern Cape condemns the current protest action taking place in Kirkwood. Not only is this protest action completely illegal, but it is a danger to civilian lives and infrastructure, our law enforcement agencies need to treat this threat as severe and dispatch all available resources to the area immediately.

This is no longer a threat to the agricultural industry and the residents of the area, but a full-blown emergency situation which will result in catastrophic loss of life and damage to property unless the South African Police Service get the situation under control immediately.

As citizens of South Africa, we are under attack by this rogue element, and without the adequate law enforcement we are fast on track to becoming a failed state. This cannot be allowed to continue any further.

Not only are these illegal protestors committing criminal acts, but the complete idiocy in their actions will lead to a decrease in the availability of employment and funds for increased labour rates… the very thing they are protesting against.

The agricultural industry and even more so the citrus industry is already under immense strain from climatic and global economic constraints, add to this the destruction and pillaging of this rogue protest unit and we are placing the lifeblood of the Kirkwood community on its knees with very little hoping of getting back on its feet.

Now is the time for the governing powers of the Eastern Cape and the law enforcement agencies of our province to call for an immediate disband of this illegal protest action and if these criminals will not adhere to the instruction, for the South African Police Service to slam down the hammer of justice on these terrorists to our land and infrastructure and ensure justice prevails. Nothing short of criminals arrested and peace being restored to the area will suffice.

Agri Eastern Cape would also like to commend all Private Security Agents that have come to the aid of the community and the agricultural sector as they place themselves in the line of fire to protect the civilians and property of Kirkwood.

Agri Eastern Cape is calling on government and the SAPS to deploy additional resources and to squash this illegal protest action immediately. Enough damage and destruction has been caused and it cannot be allowed to continue any further.

Without justice, there can be no peace. 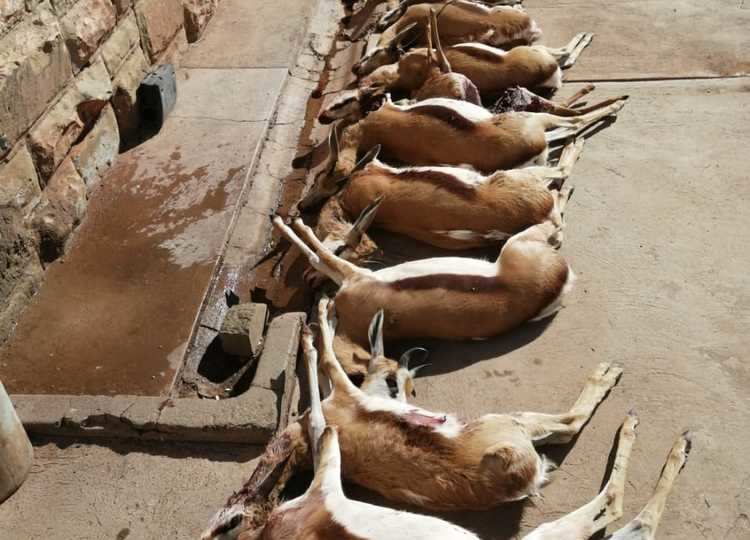